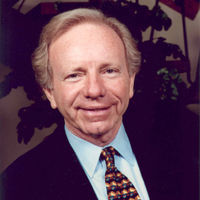 Now that Democrats are in control of the House and Senate for the first time in a dozen years we can look forward to a bunch of Republican retirements by members unhappy in with their new minority status. And we can also look forward to some party switching by opportunistic politicians.
The first one has already made the jump: Joe Lieberman: Call me a Democrat. Lieberman is switching from the Connecticut for Lieberman Party to the Democratic Party. Nothing wrong with that.
Lieberman will be the chairman of the Homeland Security Committee in the Senate next year as long as he stays a Democrat and I don’t think there is any question about that. He told his constituents he was going to serve as an independent-minded Democrat. If he had announced that he would go to Washington and caucus with the Republicans he probably would not have won his election.
Posted by Mike Thomas at 11/10/2006