I’m not sure what is going on with this situation but I can already tell that I don’t like it.
The Chancellor of Texas A&M University System is apparently having a nasty fight with the new Texas A&M president, who just happens to be the first female and first Hispanic to ever serve in that position.
The chancellor is former Republican State Rep. Mike McKinney, who served for several years as chief of staff to Gov. Rick Perry before launching a new career as an academic administrator. The president of A&M is Elsa Murano, the former dean of Agriculture at A&M who was named president after Robert Gates left to become Secretary of Defense.
Now one year into her new job, Murano has apparently run afoul of McKinney and the Board of Regents.

Newsflash for Chancellor McKinney! If you are going to let personnel matters like this splash over into the media, you had better have more than a hand-written five-page review that looks like it was filled out at the last minute to back you up.

The five-page review - which was sent to the A&M system’s board of regents - was done by Texas A&M University System Chancellor Mike McKinney, who wrote that Murano “fails to assume responsibility for decisions” and criticized her for being “too slow” when it came to decisions.
It lacked specifics and was handwritten rather than typed. A page allowing for him to write down goals for the president, as well as a summary of her strengths and areas needing attention, was left blank...

So the part of the evaluation where he was supposed to write out and explain all the poor scores he was giving her was left blank. What is he? A moron!?!? First off, I hate those kinds of stupid evaluations where they assign arbitrary numbers between 1 and 5 in cookie-cutter categories. I hate them. But the worst is getting a low score that is not explained. If McKinney couldn’t be bothered to explain his low scores in full and complete sentences then he is not doing HIS job as a manager.

This sounds to me like the “evaluation” was thrown together at the last minute as a CYA operation by the chancellor.
Murano, meanwhile, did take the time to type up a 10-page response to the poor evaluation and she makes several salient points about the sparcity of the review and its seperation from reality.

“Given the complete disconnection between Dr. McKinney’s perception of my performance as president and all the evidence to the contrary, I can conclude that this review was not based on facts,” Murano wrote. “One need only consider that if it was an actual reflection of the job I have done as president, there would have been an incredible outcry from the entire university community.”

So what is it that Murano did or did not do to merit the wrath of the chancellor? That is not real clear. McKinney apparently scrawled a few comments on the review like
“Does good job on things she likes. Very poor on carrying out board system decisions with which she disagrees.”
So what does that mean? He doesn’t give any examples and no further explanation. Does he think the president is just supposed to roll over and acquiese to any decision by the board regardless of whether she agrees or not? Is the president just a functionary, a step-in-fetch-it for the chancellor and the regents? And when she didn’t immediately jump and say “How high” when he snapped his fingers, he is now ready to throw her out of office and absorb the position of president for himself?
I think McKinney has got some more explaining to do. Because right now I agree with the former speaker of the faculty senate:

“I’m just kind of shocked at the nature of the document,” said R. Douglas Slack, after reading the performance review. He is a former speaker of the faculty senate.
“It looked to be hastily done. It doesn’t look like something that was well thought-out. It’s a contrast to the president’s well thought-out response.”

More rightwing filth on the radio thanks to Cox Radio

Are there any syndicated right-wing radio yakkers that do not have an outlet in San Antonio now?
Clear Channel-owned WOAI 1200 gives us daily doses of Glenn Beck, Rush Limbaugh, Sean Hannity and Dennis Miller along with locally based wingnut Joe Pags.
KLUP 930, owned by Salem Communications, a company based in California which purports to be a “Christian” broadcaster, gives us a whole slew of rightwing crazies including Bill Bennett, Mike Gallagher, Dennis Prager, Michael Medved, Hugh Hewitt and Tom Sullivan.
KTSA 550, owned by Border Media, has a host of local rightwingers including Trey Ware, Jack Riccardi and Kevin Wall and then fills out the rest of its schedule with syndicated rightwingers Neal Boortz, Mark Levin, Jim Bohannon and Bill O’Reilly.
And now, Cox Radio has decided to jump into the mix by flipping 106.7 from a hip-hop/urban format to another right-wing talk station featuring Erich “Mancow” Muller, Neal Boortz (again), Laura Ingraham (the first and only women, you will notice) and Michael Savage, among those announced so far. I listened to just a few minutes of this new station and it was making me ill with the mindless stream of blatant lies, smears and venom being directed at our government, our public schools our public officials and anyone who doesn’t share in their selfish, greedy, vindictive, neo-fascist philosophy.
Cox Radio claimed that they made the switch to save money because it allowed them to fire their local radio talent and use an all-syndicated format.

This is truly despicable. All of these stations now spew non-stop hatred, blatant lies and mass ignorance over the airwaves everyday. It is like having an open sewer pouring out filth from your radio 24 hours a day. The contempt that these people have for America is shocking. They hate the government. They resent paying taxes for any program that benefits anyone other than themselves. They are disdainful of our schools. They promote radical conspiracy theories and delight in tearing down the weakest segments of our society.

About a year ago or so, Clear Channel made a half-hearted attempt to put up a liberal talk radio station. But they put it on a very low-frequency network which was hard to hear (I would lose the station everytime I drove into the parking garage at my work) and their lineup featured most prominently - Phil Donahue. Golly gee!! And when it didn’t fare well, they just threw up their hands and said “See, we told you that liberal talk radio wouldn’t work.”
And even having this complete monopoly of the airwaves, rightwingers still play the victims and claim that any suggestion that the public airwaves are not being used fairly is censorship.
Posted by Mike Thomas at 6/02/2009 No comments:

Protestants on the Supreme Court

This is interesting. If she is confirmed, Sonia Sotomayor will be the sixth Catholic on the Supreme Court. She will join fellow Catholics Antonin Scalia, Samuel Alito, John Roberts, Clarence Thomas and Anthony Kennedy.
Two of the justices - Ruth Bader Ginsburg and Stephen Breyer - are Jewish.
So that will leave just one sitting justice who is Protestant - John Paul Stevens, who also happens to be the oldest justice on the court at 89.
I’m sure that Protestants probably dominated the court for most of its existence, so it is pretty shocking to suddenly find out that there could soon be no Protestants at all on the the court.
I suppose it is kind of ironic that Bill Clinton and George W. Bush, who are both Protestants, chose Jewish (Clinton’s picks) and Catholic (Bush’s picks) justices for the Supreme Court. And now we have another Protestant president adding another Catholic.
I suppose this speaks well of our religious tolerance in America today. Or maybe it’s just indifference. But whatever it is, I’m glad that this is not considered a big issue today. But just wait until someone tries to put the first atheist or agnostic on the high court and then watch the fireworks go off.
Posted by Mike Thomas at 6/01/2009 No comments:

Who’s the first Hispanic on the Supreme Court? 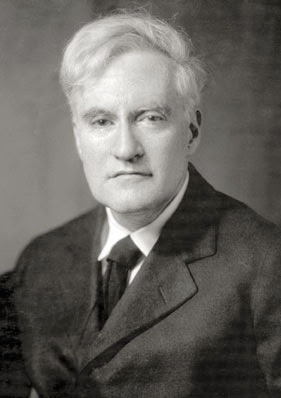 You can’t tell me that this guy is supposed to be the first Hispanic to serve on the U.S. Supreme Court.
Other than a Hispanic-sounding last name, there is nothing about Benjamin Nathan Cardoza that is even remotely Hispanic. The man was born and raised in New York City. His family had emigrated to the United States 100 years earlier --- from ENGLAND! Oh, but wait, you say, he has some ancestors who reportedly came from Portugal! Yes, that’s right. Portugal. That country next to Spain where they DON’T SPEAK SPANISH! That’s kind of a minimum requirement for being Hispanic, you know. Speaking Spanish. Cardoza couldn’t speak a lick of Spanish, but he did know Yiddish. You see, Cardoza’s ancestors who came from Portugal were part of a Jewish minority group that had settled there. He wasn’t even Catholic!!! Sheesh!
The final straw? If Cardoza was the first Hispanic on the Supreme Court, wouldn’t there at least be a school somewhere in Texas named after him? You would think there would be, but no. There are schools named after him in New York, but none in Texas.
So in my opinion, Sonia Sotomayor will most definitely be the first Hispanic to serve on the Supreme Court, without a doubt.
Posted by Mike Thomas at 6/01/2009 No comments:

I can’t help but feel deeply disturbed and very angry over this latest instance of domestic terrorism courtesy of the American Taliban (aka Religious Right). The assassination of Dr. George Tiller was not an isolated instance carried out by a single person, but rather the culmination of a calculated and coordianted campaign by the religious right to vilify anybody associated with abortion and put them all under the threat of death before their fanatical, half-crazed minions.
There is not a great deal of difference in mindset between the anti-abortion fanatics who demand absolute subservience to their extremist views and the followers of Islamic radicalism who support the Taliban and al-Qaeda.
Ann has been all over this with some excellent links.
Posted by Mike Thomas at 6/01/2009 No comments: