Happy Birthday to me!

The leading Democratic presidential candidates are smoking their Republican counterparts in the quarterly fundraising race.
Barak Obama continues to impress with his fundraising prowess raking in an impressive $31 million last quarter to lead the field. Hillary Clinton wasn’t far behind with an equally impressive $27 million.
Meanwhile, John Edwards has slipped back into second tier status with $9 million followed closely by Bill Richardson with $7 million.

On the Republican side, Rudy Guiliani leads the pack with $17 million, just half as much as Obama and $10 million shy of Hillary. Mitt Romney, the previous leader, has slipped back to second with a meager $14 million and limping along at the back of the pack is John McCain who raised $11 million but reportedly has just $2 million in cash-on-hand.
It looks like McCain has just about run out of gas and Guiliani and Romney are clearly not going to be competitive at this pace so the Republicans only hope now is that Fred Thompson or someone else will jump in at the last minute to rally the troops. But quite frankly, Bush has screwed things up so royally for Republicans this time around that I don’t see that happening.
Posted by Mike Thomas at 7/03/2007 No comments: 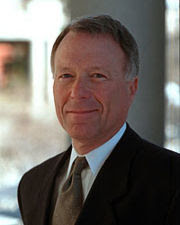 Lie and obstruct justice to cover Dick Cheney’s rear and we will make sure that you get off scot free. That was the deal that Scooter Libby had from the beginning.
The fact that Bush is using his presidential powers to cover up the misdeeds of his own administration is a far worse abuse of the privilege than anything President Clinton ever did.
There was a concerted effort directed out of the vice presidents office to try and damage Ambassador Wilson’s credibility by exposing his wife as a CIA agent. Cheney was pulling the levers while Scooter Libby and Karl Rove did the dirty work of blabbing to the media. The fact that Richard Armitage had earlier talked to Bob Woodward about it is inconsequential since Woodward did not publish the information and Libby and Rove were not even aware of what Armitage was doing at the time.
By exposing Valerie Plame Wilson’s covert role with the CIA, the Bush officials damaged an undercover operation that was tracking Iran’s nuclear ambitions at a time when such efforts are most vital to our nation’s security. Clearly, if something like this had gone on under a Democratic administration, every Republican who is defending this garbage would have been howling for blood.
This is the most corrupt and criminal administration since the Nixon Whitehouse only worse because, in addition, Bush is an incompetent doofus compared to the whily but whipsmart Nixon.
Posted by Mike Thomas at 7/03/2007 No comments: