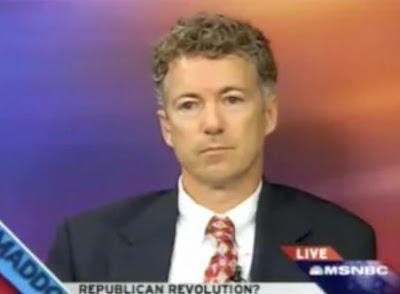 I think there is a good chance that Rand will win in November in spite of the brewing Civil Rights controversy. And that will NOT be good news for the Republican Party as they try to distance themselves from his extremist views.
Posted by Mike Thomas at 5/20/2010 No comments:

Who is Jean Pierre Godet? 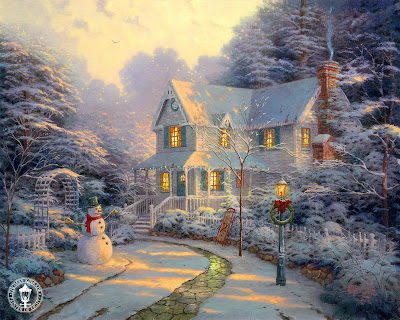 Don McLeroy is at it again. The lunatic, lame duck, former chairman of the Texas State Board of Education has a new list of amendments and changes he wants to make to the guidelines that dictate how public school textbooks are written.
His latest list of demands includes this gem:

RECOMMENDED CHANGE
B) *evaluate* contrast the *impact* tone of muckrakers and reform leaders such as
Upton Sinclair, Susan B. Anthony, Ida B. Wells, and W. E. B. DuBois *on American
society; and* versus the optimism of immigrants including Jean Pierre Godet as told
in Thomas Kinkade’s The Spirit of America.

JUSTIFICATION
Diversity of opinion and balanced presentation.
The words of Godet and immigrants like him were, “I love America for
giving so many of us the right to dream a new dream”. Such words
were as lost on the muckrakers as they are on many modern
historians obsessed by oppression.

What makes this proposed change interesting is that McLeroy apparently wants to downplay the accomplishments of four of our nation’s most prominent Progressive era reform leaders by contrasting their views with those of Jean Pierre Godet, an immigrant that McLeroy read about in Thomas Kincade’s book. McLeroy apparently likes Mr. Godet because he has this quote about how much he loves America for giving him the right to “dream a new dream.”
So rather than “evaluating” the “impact” that Sinclair, Anthony, Wells and DuBois had on American society, we are just going to contrast their rather downbeat and dispirited assessments of American life with those of Mr. Godet, the ever so happy-go-lucky immigrant. Gosh, those reform leaders were such downers, all obsessed with oppression and all. Why couldn’t they just be thankful for what they had like Mr. Godet?

But wait a minute! Who is this Mr. Godet anyway? Where did he come from and why was he always so happy? Seeing as how Mr. Godet would be elevated to a status equal if not superior to that of Sinclair, Anthony, Wells and DuBois in our students’ textbooks, shouldn’t we know a little more about him?
A Google search doesn’t come up with much. So what about that Kincade book? Who is this Thomas Kincade fellow anyway? Isn’t he that painter? Why, yes, as a matter of fact he is, but he did write a book called “The Spirit of America,” however it was a work of historical fiction. And, as it turns out, our Mr. Godet is a fictional character in Kincade’s book.
So, there you have it. Don McLeroy wants to take all these progressive era reform leaders and put them on par with a fictional character invented by the sappy, syrupy pop artist Thomas Kinkade.
No problem with that, is there?
Posted by Mike Thomas at 5/18/2010 No comments: