Too many things to vote on 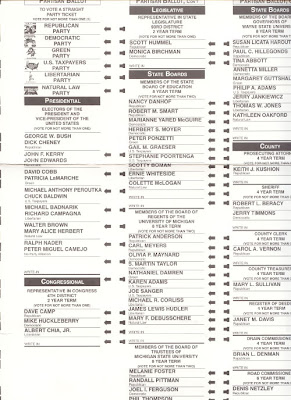 I agree with Yglesias. We need fewer things to vote on.
Today we have too many elections for too many offices that people could care less about. And many are not even for positions which are desgined to be representative. Think about it.

Can anyone name all the people who are elected to represent them in various forms of government?
Let’s start from the top and see how well I do:

Those are just the direct representatives and I’m sure there are others. There is the Texas State Board of Education, the Railroad Commission, the River Authority, the Underground Water District, and the Hospital District and who knows what all else? And then there are the other positions we are forced to vote on which are really not representative positions such as the State Comptroller, the Agriculture Commissioner, the Land Commissioner, the Attorney General; the County Tax Collector, the County Clerk, the District Attorney, the Sheriff, the Constables, the Justices of the Peace and, of course, all the myriad judges at every level.
It is far, far, far too much for the electorate to have to deal with. Do you want to know why we have such a low turnout in most elections? This is why. Too damn many things to vote for that people can’t keep up with.

We need to eliminate many of these from the ballot and make them appointed positions. The state and county governments are the worst offenders. They should follow the models set by the federal and city governments. We don’t elect the Secretary of State or the Secretary of Defense or any of the other federal cabinet positions. Why do we elect them at the state level? Let the governor appoint those positions.
Likewise at the county level. Why do we elect a County Clerk or a Sheriff? These positions should be hired by the county commissioners just like the City Council hires the chief of police and other city executive positions. And it would also eliminate problems such as this, where unqualified people are being elected to positions that they have not business being in.
And, of course, the judges should be appointed as well, just like the Supreme Court and all the other federal court positions area. It is ridiculous that we vote for these offices today. Nobody knows who most of these people are and whether or not they are qualified or if they do a good job. Only in a few rare cases where there has been a scandal does it ever come into play.
We need to clean up our ballots and only vote on the direct representatives who would then be tasked with filling the other positions through appointments or hiring. Then if they make bad choices we will hold our representatives responsible. That is the way it should work. Once we do this then we can get a lot of this political money out of the system which leads to so much of the graft and corruption.
Posted by Mike Thomas at 1/29/2010 No comments: 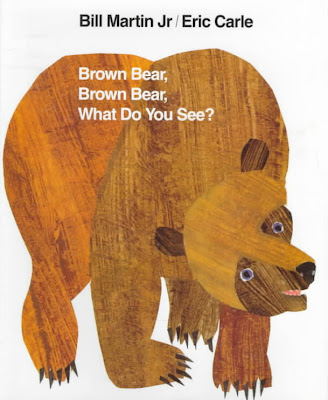 I just hope they don't figure out that Dr. Seuss was a liberal before we have an opportunity to vote these idiots out of office later this year.
One of the far-right idiots who voted to ban "Brown Bear, Brown Bear" is Ken Mercer, a former Republican state representative who represents the San Antonio area where I live.
Fortunately, Mercer is being challenged by a more moderate Republican - Tim Tuggey - in the primary and then Democrat Rebecca Bell-Metereau in the general.
Posted by Mike Thomas at 1/25/2010 No comments: