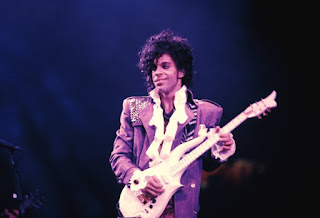 In the summer of 1984, I was home from my freshman year at Texas A&M when I got to spend a weekend at South Padre Island with some of my friends. It was a fun trip, nobody did anything terribly stupid and no one got into trouble.
The one thing I remember the most from that weekend was the music. We had a second floor room overlooking the pool and one of my friends had a jam box that he would set out on the balcony blaring music. We had each brought our latest musical discoveries which included Van Halen's "1984," Bruce Springsteen's "Born in the USA" and Billy Squier's "Signs of Life." My contribution was the latest Prince album "Purple Rain."
Oddly enough, the music we ended up listening to the most during the trip was "Signs of Life," which I still think is a greatly underrated album and one of my all-time favorites. However, the other three albums clearly had the more lasting influence with the general public. I felt a special attachment to Prince's music since I was the one who had "discovered" it among my group of friends and I continued to follow Prince for years after. And while I liked much of his later music, nothing ever equaled or surpassed the perfection of Purple Rain. Every song on the album was fantastic from the epic "When Doves Cry" and the infectious "Let's Go Crazy" to the hypnotic title track "Purple Rain." No one else could mix sex and religion the way Prince did and come up with a funky number like "I Would Die 4 U." Incredible.
I'm still in shock right now contemplating Prince's untimely death. Like with so many other musical talents who died too young we are left wondering what he might have produced had he lived longer. But at least with Prince, he left an enormous musical legacy and I am sure there are boatloads of posthumous musical releases yet to come.
Posted by Mike Thomas at 4/21/2016 No comments:

The World is NOT Broken 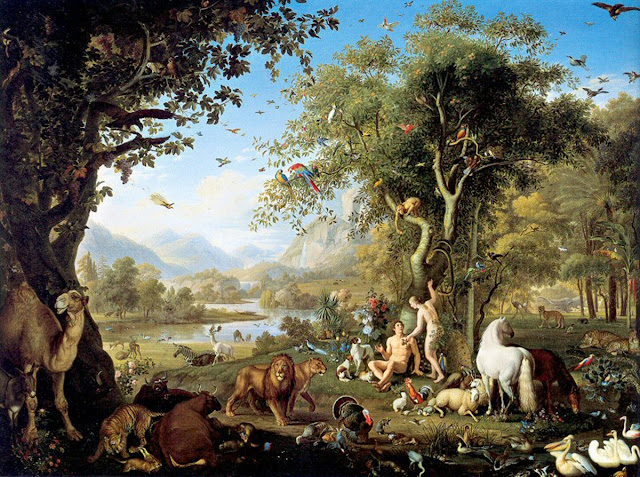 “We live in a broken world,” said a gentleman in my Bible Study class the other night as all the others nodded in agreement. According to the religious customs of most Christian churches, the World has been a ‘broken’ or ‘fallen’ place ever since Adam and Eve were kicked out of the Garden of Eden and “sin” entered the world. That “original sin,” as conceived by the Apostle Paul and elaborated by St. Augustine, infected all of humanity and is the source of our “sinful nature.” It is the reason why Jesus had to be sacrificed on the cross as an atonement to satisfy God’s righteous wrath and judgement, according to church doctrine.
But hold on a minute, because I’m not buying all of this. This idea of an angry, wrathful God who must be appeased by blood sacrifices may have made sense to the ancient Hebrews, but it does not fit with my conception of a loving God full of grace and compassion. The ancient Hebrews who wrote the Old Testament believed that God was punishing them every time something bad happened (famines, wars, pestilence) and likewise blessing them whenever something good happened. Their conception of God was of an all-powerful monarch who demanded absolute fealty and servitude. The Bible is kind of vague on what actually constitutes a ‘sin,’ but one thing that was almost certain to raise God’s ire was idolatry. Command No. 1 on Moses’ tablets was “Thou Shall Have No Other Gods Before Me.” The God of Moses was a ‘jealous god,’ quick to anger with a frightening temper. And whenever anything bad happened, the Hebrews were quick to blame it on someone who was worshipping a false idol and not showing the proper reverence and respect to the one, true God.
But God was not always angry in the Old Testament. There are plenty of stories that speak of a loving God that was happy with his creation and watched over all the people like his children. This is the conception of God that Jesus brought to the fore and was at the heart of his ministry. I believe the difference between the Old Testament conception of God as wrathful and jealous versus the New Testament God of grace and forgiveness is one of spiritual maturity. Jesus represented a level of spiritual maturity that has not since been equalled. Unfortunately, I believe the Christian leaders in the years following Jesus fell back in to the old attitudes of seeing God as jealous and vengeful most of the time. Jesus’ message was undercut by these Christian leaders still looking for a champion who would slay their enemies and punish all the people they felt needed punishing. Jesus’ radical message of loving one’s enemies and forgiving those who persecute you was pushed aside in favor of apocalyptic fantasies of an avenging crusader who would mete our justice in a righteous show of force and strength.
So where does that leave us today? If God is truly all about love and forgiveness and mercy and grace and compassion, then what accounts for all the evil in the world? Where does evil come from if not from God? My answer is simple. Evil is the absence of love. Think about evil like darkness. Darkness is simply the absence of light. Or cold, which is just the absence of heat. Or silence, which is just the absence of sound. Love can manifest itself in many ways, but so can evil. One of the most common forms of evil is indifference. It may not seem like you are doing anything bad, but your indifference to someone else’s plight is often what allows evil to come into the world. It is not God making bad things happen. It is people choosing not to love - covering up their light and hiding it under a bushel. God is not going to force anyone to love because then it would lose its real power. It is our ability to choose to love of our own free will that makes us in the image of God. And that is why I do not believe that the World is ‘broken.’ The world is working just fine, thank you. It is up to us to get our act together and be like our creator. Our task while we are here is to make a heaven on earth and we do that by spreading love willfully and joyfully. Don’t worry so much about what comes after. Take every opportunity now to spread love. If you see dark places in the world, then you need to shine your light even more. If the world seems cold, then share your own warmth. If the world is silent, then it’s time that you made a joyful noise.
Posted by Mike Thomas at 4/21/2016 No comments: