Recently they lost Oliver North, and then it was Sen. John Warner. Now they’ve lost Toby Keith!
What are the war supporters going to do?!?
Posted by Mike Thomas at 1/26/2007 No comments:

Atrio has put together a list of books that he believes should make up the “canon” for today’s angry liberals who came of age during the Clinton years.

To his list I would add:
“Endless Enemies: The Making of an Unfriendly World” by Jonathan Kwitny.

”Manufacturing Consent: The Political Economy of the Mass Media” by Edward S. Herman and Noam Chomsky.

“Rise of the Counter Establishment: From Conservative Ideology to Political Power” by Sidney Blumenthal.

And, of course, the classic:
“Rush Limbaugh Is a Big Fat Idiot: And Other Observations” by Al Franken.
Posted by Mike Thomas at 1/25/2007 No comments:

The CIA leak trial looks like it could get pretty interesting.
The prosecution is pointing the finger at Vice President Dick Cheney, while the defense is claiming that Scooter Libby is being used as a scapegoat by the White House to protect Karl Rove.
I say nail them all!
There has even been speculation since the trial opened that Cheney might be forced to resign as a result of the allegations being leveled by the prosecution. Is that possible? Perhaps. Few people would have believed just two short years ago that Tom DeLay would be indicted and out on his rear today (with a Democrat taking over his House seat and Nancy Pelosi in the Speaker’s chair). So who knows? This trial couldn’t be happening at a worse time for the White House.
Posted by Mike Thomas at 1/25/2007 No comments: 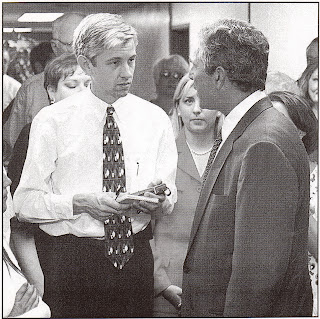 Yes, that’s me interviewing then Gov. George W. Bush during one of his many trips to Lubbock. I was the City Hall/Politics reporter for the Lubbock Avalanche-Journal during that time 1995-2000 and got to interview Bush on multiple occasions. This picture was snapped by one of our staff photographers who gave me a copy afterwards.
I think this was about 1998-99, the time when I was asking the governor to react to that day’s news that his then-75-year-old father had just went skydiving. He had some clever response, but I don’t recall it offhand. If it looks like I’m not taking notes, that’s because I have my tape recorder going.
This would be a hard picture to get today, I imagine, unless you have about $10,000 to donate to the Republican National Committee.
Posted by Mike Thomas at 1/23/2007 No comments: 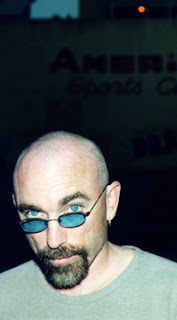 Congratulations to local San Antonionian Jackie Earle Haley on getting an Oscar nomination for his performance in the film “Little Children.” Haley runs a production company here in the Alamo City.
This marks a major comeback for an actor who had essentially dropped out of the movie business in the early 1990s. Haley may not seem familiar today, but you probably know his best for his 1976 role as 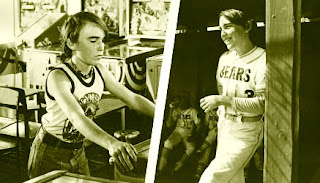 the motorcycle riding, badass-kid from the “Bad News Bears” films. Or perhaps you might remember him from the 1979 Oscar-winning film “Breaking Away” that also launched Houstonian Dennis Quaid’s acting career. 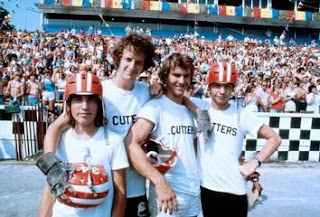 His story probably won’t get as much play as the other Comeback Kid - Peter O’Toole, who got a best actor nod after being off the Oscar radar screen for 24 years. But it’s a great story nevertheless.
There is not much else I can say about the Oscar nominations this year. I've seen just two of the nominated films so far: "Cars" - which is up for Best Animated film and Best Original Song; and "Pirates of the Caribbean 2" which got nominated for Best Art Direction, Best Sound, Best Sound Editing and Best Visual Effects.
I would note that Al Gore's "An Inconvenient Truth" was nominated in the Best Documentary category and I hope to see that film soon.
Posted by Mike Thomas at 1/23/2007 No comments:

Email ThisBlogThis!Share to TwitterShare to FacebookShare to Pinterest
Labels: Movies

Supreme Court watchers must be baffled by by this latest 6-3 decision. The ideological boundaries of the court are in complete disarray with this ruling that has liberal Justice Ruth Bader Ginzburg authoring the majority opinion backed by fellow liberals John Paul Stevens and David Souter, but also backed by conservative Chief Justice John Roberts and arch-conservative stalwarts Antonin Scalia and Clarence Thomas.
Meanwhile, the three dissenters include liberal Justice Stephen Breyer, conservative Justice Samuel Alito and would-be swing-voter Anthony Kennedy.
I really don’t know what to make of it.
Posted by Mike Thomas at 1/22/2007 No comments: