How awfully convenient for Rick Perry!

Former Houston Mayor Bill White will need a lot of votes out of Harris County if he is going to win a statewide race for governor. How incredibly convenient for Rick Perry that all the voting machines for Harris County would be destroyed in a mysterious fire just a few weeks before election day.
It boggles the mind.
Posted by Mike Thomas at 8/27/2010 No comments:

How I despise judicial elections!! 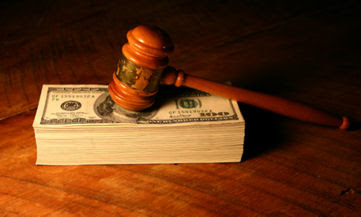 It's election time again and the street corners are filling up with campaign signs mostly for the dozens of judicial races up for grabs.
And despite the fact that I am a voracious reader of the "news" and follow politics at all levels as a hobby, I have no clue as to who any of these people are.
Oh, sure, I could probably tell you which person is the incumbent and maybe even which party they come from. But that's about it. And that is pretty sad to base an election on. Then you consider that most people know even less about the candidates than I do and you realize it is nothing more than a name recognition contest which comes down to who can raise the most money and get the most campaign signs up, and who can saturate the airwaves with the most advertising.
Enough!
We have no business electing judges in the first place! Judges should be appointed and approved by the people we elect to represent us. Once appointed, judges should be completely independent and not beholden to any political party or interest group with the power to lavish or withhold reams of campaign cash.

We have too many elections as it is. The only people we should be electing in a democracy are the ones who actually "represent" us at some level of government: Presidents, Senators, Congressmen, state Reps. and senators, County judges and commissioners, Mayors and councilmembers, school board members and so forth.
But county clerks, treasurers, sheriffs, comptrollers, dog catchers and so forth should be appointed and/or hired by the local governing bodies, not elected by the citizenry.
Posted by Mike Thomas at 8/24/2010 No comments: