The Express-News was good enough to print my letter to the editor the other day.
Posted by Mike Thomas at 11/24/2007 No comments: 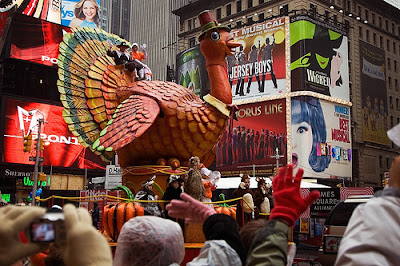 The network coverage of the Thanksgiving Day Parade gets worse and worse every year. It is practically unwatchable now. They absolutely will not show the parade itself. No floats, no marching bands. Just one canned, lip-synched broadway show commercial after another, interspersed with mindless blather from the "hosts" and wall-to-wall commercials. Yuck!
Posted by Mike Thomas at 11/22/2007 No comments: 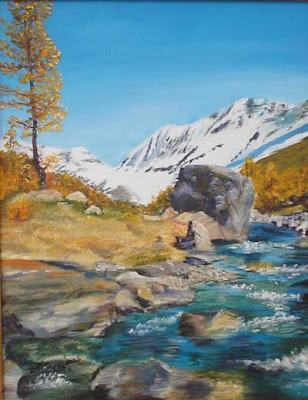 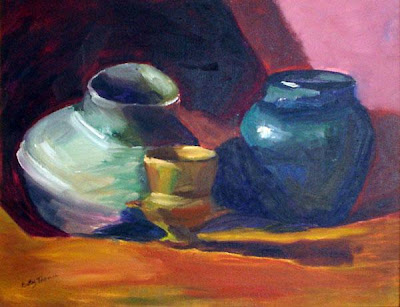 My mom has dabbled in painting for all of my life, but lately she has gotten more serious with it. She and an artist friend have set up a studio in Old Town Spring - 318C Main St. - where they are exhibiting their art.
Posted by Mike Thomas at 11/21/2007 No comments:

Scott McClellan, the former White House spokesperson, is coming out with a book in which he calls President Bush a liar.
Here is the excerpt:

"The most powerful leader in the world had called upon me to speak on his behalf and help restore credibility he lost amid the failure to find weapons of mass destruction in Iraq. So I stood at the White house briefing room podium in front of the glare of the klieg lights for the better part of two weeks and publicly exonerated two of the senior-most aides in the White House: Karl Rove and Scooter Libby.
"There was one problem. It was not true.
"I had unknowingly passed along false information. And five of the highest ranking officials in the administration were involved in my doing so: Rove, Libby, the vice President, the President's chief of staff, and the president himself."

The IPCC issued its final report on global warming over the weekend with even more certainty and more dire warnings of catastrophe if we don’t act soon. The report concludes that if we don’t take action before 2012 that will be too late.
So let’s see. Bush is out of office at the end of 2008. The new administration, assuming it’s not another Republican, will need a few months to get established before it can start pushing any kind of climate proposals, and whatever is proposed will have to wind its way through a possibly hostile Congress. So that means we will have about two years to turn things around at that point. No wonder the scientists are not sounding very optimistic!

Meanwhile, on a related topic, I was watching a NOVA special last night on the fight over intelligent design in Dover, Pa. and every time they would interview one of the creationists it would immediately bring to mind the people fighting tooth and nail today to deny that global warming is a) a real threat and/or b) that there is anything we can do about it.
Most of the wingnuts I’ve come across seem to hold these two positions simultaneously. First, they deny that global warming is happening at all, and when that position becomes untenable, they fall back on the second contention which is that the warming is not caused by humans and therefore we can’t do anything about it anyway. And then they will mindlessly flip back and forth between these two positions depending on whatever nugget of news their rightwing agitprop sources are spooning out to them that day.
In fact, if you read the wingnut websites you would have assumed that the IPCC’s final report would have said something like “Oops, Never Mind” because it’s been proven that either contentions a or b or perhaps both have been firmly established by valiant pseudoscientists and bloggers who know much more about this subject than a bunch of internationally renowned climate experts.
And, in fact, there were some scientists who dissented from the final report. Unfortunately, they only dissented because they thought the report was too optimistic about our chances to turn things around.
Posted by Mike Thomas at 11/20/2007 No comments: