The Republican "Anything Goes" Ethos 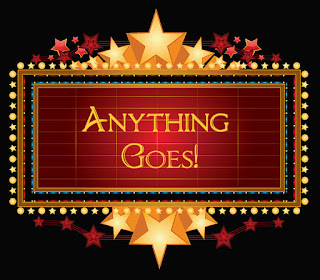 The other day on his 'victory' tour, President-Elect Trump noted how vicious his fans were during the campaign, screaming "Lock Her Up" and "Build the Wall" at his campaign rallies. But now that they have 'won' they can be mellow again.
The clear implication of Trump's words were two-fold, first that if they had not won  there would have been no mellowing, and second that being vicious was a key to their victory.
At the same time that Trump was saying this, the Republican-controlled North Carolina legislature was meeting in a special session to pass a bunch of laws stripping power away from the newly-elected Democratic governor before he assumes office (and signed by the out-going Republican governor).
As outrageous as all of this is, it pales in comparison to the recent revelations that the Russian autocracy was meddling in our elections with the express intent of helping to elect Donald Trump. That news was met with shock and dismay by about half of the electorate. But the other half seems indifferent at best and, at worst, seem absolutely delighted... more apt to give Vladimir Putin a high-five than to support imposing more sanctions.
This is due, I believe, to the new Republican "Anything Goes" ethos. That is, anything is OK as long as it helps your side achieve its ultimate goal of attaining or maintaining power. It does not matter if you lie, cheat or steal. In fact, lying, cheating and stealing while at the same time accusing your opponent of lying, cheating and stealing is a very successful campaign tactic as we have just witnessed.
And don't stop with calling your opponent a liar and a cheat. Accuse them of murder, rape, child molestation, treason and the worst possible things you can think of. Anything goes. The only thing that matters is winning. And once you win, do everything you can to jack the system in your favor so that you keep on winning. Pack the courts, gerrymander the districts, change laws so that it benefits your constituents and shortchanges others. Suppress turnout in areas that vote for your opponent and scream about non-existent election fraud anytime that you lose.
Machiavelli would have been embarrassed and appalled by the political tactics of the modern Republican Party.
Posted by Mike Thomas at 12/19/2016