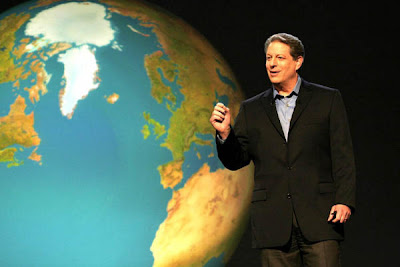 Now let's just hope that the Supreme Court doesn't take his Nobel prize away and give it to George W. Bush.
Posted by Mike Thomas at 10/12/2007